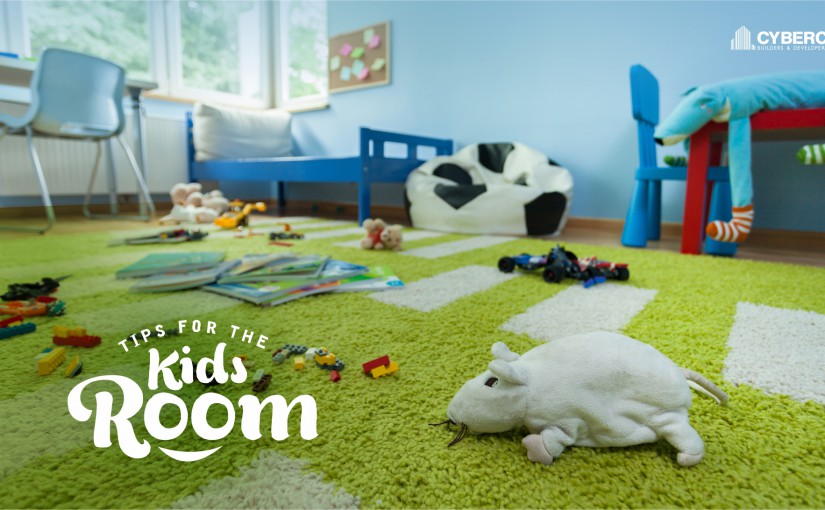 Said no kid ever. Period.

In the history of homemaking, there has been no topic as loved first and as hated later as straightening up your kids’ room. It begins all fuzzy and easy: You’ve moved into a new home, life is all jingles right now, maybe you’re having a kid, or redoing the room your little one has.

Jump forward a couple of years and it’s a mess of crayons, books, clothes and chocolate wafers. While the internet is smothered with “luvlysh” kids room pictures, the room of your bundle of joy doesn’t look that way.

Despair not. This time around, we bring you five easy tips of adding that fairy glitz to your kids’ room, in a way that brings back the fun of doing it.

Well, not “them”. We meant Chinese lanterns. We also mean hangers for clothes. Wardrobes are worthless as far as children are concerned. They don’t have time to fold up their clothes and arrange them on shelves. They are going to throw all of it in and shut the door. And the next thing you know is it’s a smelly room. Not to mention the missing school tie at nine o clock in the morning, when the bus is about to leave.

So hang them. Get them plenty of hangers and a place to hang them from, instead of installing the customary wooden wardrobe on the wall. Hanging is easier. Finding stuff that’s right before your eyes is easier. And it’s all out in the air: so no smell

The “my box” concept isn’t a property of workplaces seen in American movies. Use the idea. Get your child a big cardboard box and say goodbye to the “mom, have you seen my purple pencil?” headaches. Tables are good for working. Not for keeping stuff organised, especially if that stuff is some three legged cartoon figure a seven year old won’t sleep without. Give them their box. No neat packing, just good-old “throw in in and it will stay there” box. Plus, now you don’t have stuff lying on the floor so no tripping and cursing.

Again, not the kids. The walls. They are going to doodle on it anyway, so why bother? And why should your kids have all the fun? It’s your home as well, isn’t it? So take up the crayons, the paint, the stickers, the posters, the what-have-you… and hit the wall. Take the kid along. See what she likes. You will be surprised. Once the doodles on the wall are not punishable offence, the disobedience-forfun angle will vaporise and your child will become most careful of what goes on the wall of her room. She’ll consider if it is looking good. She’ll even ask for a wipe on Sundays to keep the Moana poster clean.

Yes we are talking of the kids this time. Just don’t serve food in their room. That’s it. If they want to eat, they’ll have to come to the dinner table. No room service at home. Not only will this erase your “stain on the bed sheet again” worries, it will also create a family bonding that you will cherish in the long run.

What’s parenting without a little bossing to spice things up? Every now and then, make it a point of saying “off to your room”. Not harshly though. We aren’t advising being harsh anyway. What we are advising is playing a neat trick. If small mischief is punished not by shouting, but by exile to their own room, children tend to see their room as their stronghold and private space. That makes them take notice of their surroundings better. It makes them create a private world out of a room. Imagination blooms. Remember, all your promises of taking on the world were made sitting in your own room. Let your kid realise the strength of the “my room” concept.

Adieu till next time.