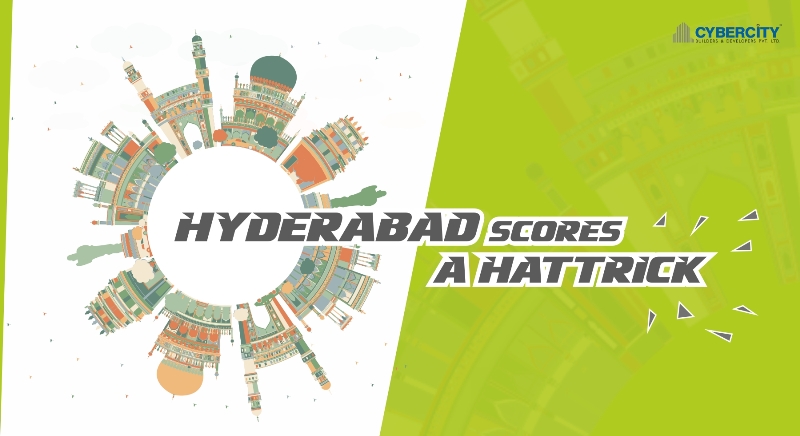 Safety, friendliness, a booming future, a rich heritage and a richer cuisine - these don’t adequately describe Hyderabad, India’s top-ranked city for the third time according to the Mercer 2017 Quality of Living Index. Yet, these aspects make for the greatness of the City of Nizams. Ranked 144 on the list of most livable cities, Hyderabad has outstripped other Indian cities like Mumbai, Pune and Bengaluru yet again.

With its 400-year heritage of being a commercial capital, the city has established a rich culture. This is most likely due to the harmony and balance between the old and new parts of Hyderabad, coexisting and contributing to the complex character of the city. This preservation of its heritage is evident in the pristine conditions of the old streets, markets, palaces and monuments, which contributes to the significant tourism Hyderabad garners for Telangana.

In recent years, Hyderabad has unsurprisingly been rapidly catching up with major metro cities in India. This can be attributed to the great infrastructure, easy accessibility, advanced planning and meticulous law enforcement. Hence, the recent IT boom in Hyderabad has ensured that the capital city has a shining future ahead. With international companies like Bank of America, Accenture, Microsoft, Deloitte, Facebook, Motorola and Google establishing themselves here, the stage is set for Hyderabad to enter the global marketplace in a grand manner.

Even with the formation of Telangana in 2014, Hyderabad was negotiated to remain the capital of both Andhra Pradesh and Telangana for a period of ten years at least, due to its rich growth potential. For this potential, the cost of living is remarkably low, and accommodation is abundant. However, just as it is with any rapidly growing city, this may not last long, and the ROI on real estate in this city is already beginning its climb on an exponential rise in valuation.

But the greatest plus about Hyderabad is the fact that, despite its cosmopolitan ambitions and growth, the city extends a lovely ambience to visitors and residents alike. The warmth and the old world charm, conveyed in the characteristic Hyderabad lingo of a mix of Telugu, Hindi and Urdu, make for one of the happiest cities in the country. Consequently, crime rates are significantly lower than other metro cities, and this does not seem likely to change in the long run. In short, kudos to the centuries-old city for continuing to shine brightly in every way! 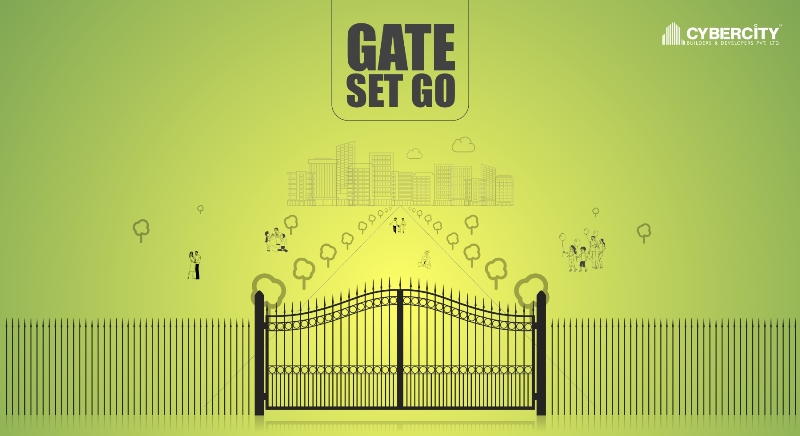 These are some questions our residents once asked us. These are questions that reveal the best things about any gated community. So here they are: the answers, and some perspective on how they matter. Here’s a quick look at the many blisses of gated communities.

Gated communities were a rising novelty once. The focus now is different. As builders, we are looking further and planning bigger now. The focus is not on isolated residences. The objective now is to develop habitats. Complete with sustainable features and amenities that go beyond the usual.

They say you can’t choose the whole world. Well, they are wrong.

In a gated community, you get to choose the whole neighbourhood. Imagine that. It’s not just your home that you select. You choose entire neighbourhoods. You decide where to stay, what kind of nature and urban balance you like, what kind of facilities you want on campus… This is the big picture. With a gated community, you don’t buy a house. You buy a whole part of town. Sometimes, entire cities. There are gated communities that offer villas exclusively. There are the ones that offer a mix of apartments and row houses. There are communities themed on exotic natural settings. There are ones themed on leisure and calm. You never get these many choices with an isolated apartment or house.

In, and also out.

Right at the heart of the happening city, gated communities offer the charm of country living. You have Balinese villas, Lakeside Luxury high rises, Continental architectures, so on and so forth. Gated communities are essentially mini cities built from the first block with a plan in hand, so you can expect all those fabulous choices. With isolated homes, you cannot. Pollution, crowd and depleted public infrastructure never bother you in a gated community. Water, power, greenery and space problems are no longer yours.

Gated communities offer sustainable habitats. That’s the best thing they offer. Since these are habitats build from well thought out plans, unlike most cities that just grew out of random socioeconomic shifts, gated communities are future ready. And this reflects in your ROI. It is always more lucrative to revalue a piece of property that sits in a prim gated community than an isolated one that hangs by itself in some neighbourhood. Also, neighbourhoods change. You have no control on how your neighbourhood will change in five years. But with a gated community, you know that central park of yours will be there forever. It won’t be gulped by a shopping mall. This control over the future is a great thing that only gated communities can offer.

Community is the core.

Community is the best part of gated communities. You have people from all over. Since gated communities are most popular in metropolises, you get a healthy and vibrant mix of cultures. Children grow up with better sense of community and people have a richer life. Also, the question of security is never an issue in a gated community. It’s an abode of celebrations and jubilations.

That was a bit to ready you about gated community living. Enjoy your weekend. Ciao for now.